The year of 2022 has been particularly prosperous for the CESAB. We have:

I am convinced that 2023 will be a pivotal year for us to reach another stepping stone in our development, with initiatives already in preparation, and, I hope, the realisation of a joint call for proposals with several synthesis centres supported by Biodiversa+.

In the past four years since the arrival of the CESAB in Montpellier, more than 6 million euros have been secured for the synthesis of data on biodiversity, thereby allowing 474 academics to work in the best possible conditions.

In addition to the synthesis groups, we organise three annual workshops from which 115 PhD students and post-docs have benefitted. In 2023, a new workshop will be introduced on artificial intelligence and biodiversity.

This enthusiasm is possible thanks to the unconditional support of the FRB, its founding members, our partners and the FRB staff involved in the CESAB, whose professionalism and efficiency most often go hand in hand with benevolence and cheerfulness! I thank them dearly for what they bring to the CESAB with its scientific community in particular and biodiversity in general.

During the first semester of 2023, the CESAB will be particularly busy. Among other planned events:

The project Acoucène is currently recruiting a postdoc. Deadline for applications: 28th February 2023. 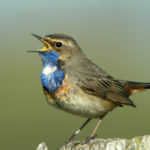 Congratulations to the selected projects!

Five new projects will be starting in 2023, bringing to 28 the number of currently hosted groups:

The FRB team dedicated to the CESAB is now comprised of 14 people: 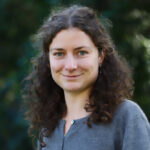 Spotlight on the courses 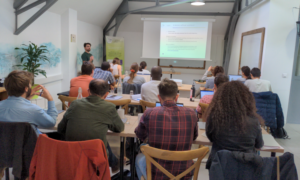 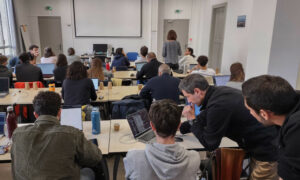 Find out more about the courses

A glimpse at the second simester of 2022

From the 24 currently hosted by the CESAB, 11 gathered between mid-September and mid-December in the Montpellier offices. 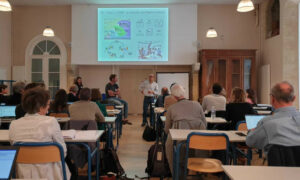 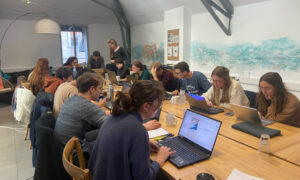 Find out more about CESAB projects

Aurore RECEVEUR, winner of 2022 L’Oréal-UNESCO Young Talents France for Women in Science, revisits her career path and research with us. 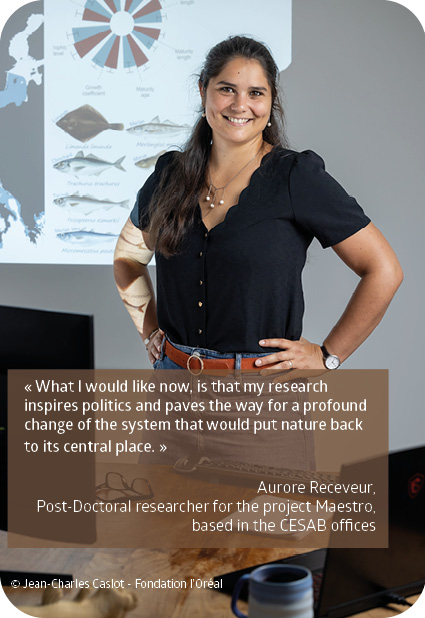 I work on fishery science: science that looks at species of fish being exploited by humans. My research’s main goal is to find a sustainable use of marine species and a support to their management and conservation. Currently, I’m working on the prediction and understanding of the impacts climate change will have on fish populations in Europe.

The project is looking at demersal species, namely species that live at the bottom of the sea such as the cod, the sole, the halibut, herring, flounder, the whiting from North-East Atlantic (Baltic sea, Northern sea, the English Channel, the Celtic sea and the Bay of Biscay) and Mediterranean Sea. It has three main objectives:

1) Understand physical habitats (such as thermal optimums) of these species whether exploited or not.

3) Suggest alternative fishing practices adapted to those species that will increase in abundance with global warming.

The reason why global warming has become widely accepted and understood was the plethora of independent studies that reached similar conclusions about this topic. It gets even more complex with biology, as uncertainties linked to species distribution and evolution are still very high. I don’t think my project alone will save biodiversity, but I’m part of a global effort to tackle the understanding of how global warming will change and shape future ecosystems. What I would like now, is that this research inspires current politics to pave the way for a profound change of the system that would give back its central place to nature.

Maestro project analyses data that have been gathered for more than 60 years, in about 30 different countries. The CESAB offices make possible the gathering of all this data and the adequate methods to analyse such data. The CESAB has not only brought me the material and scientific resources to work properly, it has also been a dynamic and motivating working environment, which contributes to making me happy to head for work in the morning.

Receveur A, Poulet L, Dalmas B, Gonçalves B & Vernay A (2022) Citizen science: How to extend reciprocal benefits from the project community to the broader socio-ecological system. Quantitative Plant Biology, 3, e20. doi: https://doi.org/10.1017/qpb.2022.16.

CESAB in a nutshell 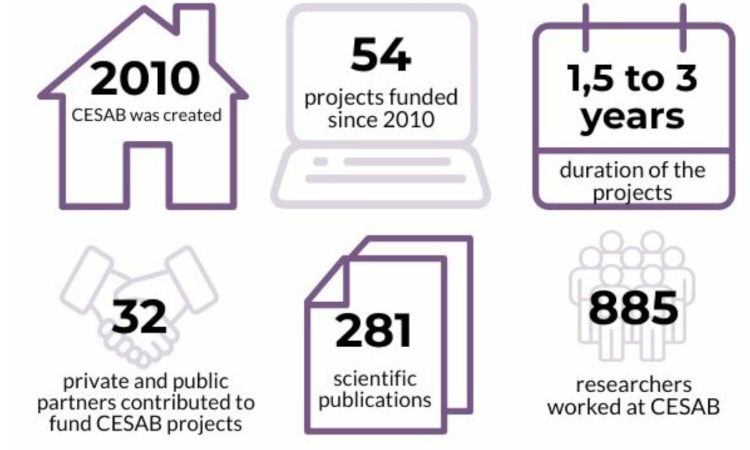 If you want to receive CESAB’s newsletters directly, subscribe here!