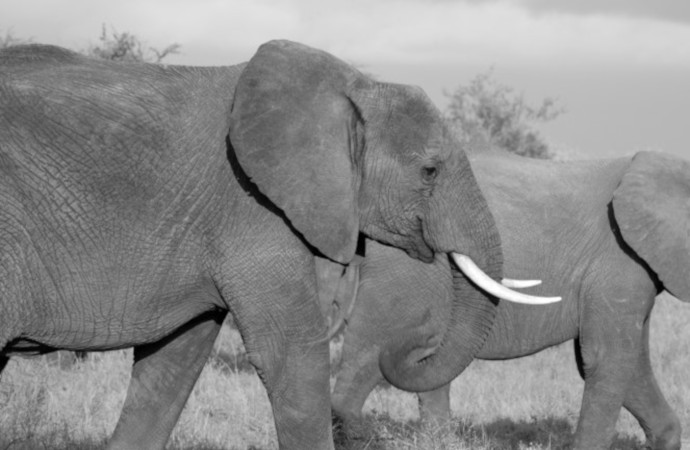 While Africa has been home to exceptional biodiversity so far, the proven decline of its large, iconic mammals represents a significant ecological and economic threat to most countries of the continent. When in 2010, the world’s governments committed to increasing the coverage of protected areas to 17% of the world’s land surface, several Central African countries had already established the protection of 25% of their savannas for conservation purposes.

To assess the effectiveness of these tools, researchers from the Afrobiodrivers project :

In six of the seven parks, wild populations of large herbivores have declined significantly over time, while livestock numbers have increased and tourism, the mainstay of a once thriving local wildlife industry, has collapsed. Zakouma National Park (Chad) stood out because its large herbivore populations increased, an increase that is positively correlated with rainfall and guard numbers, shown here as a relevant conservation indicator. These trends are consistent with the original hypothesis that protected areas in which declines in large wild herbivores were observed were also those that suffered from lack of financial and human resources, and reduced socioeconomic benefits, while experiencing increased levels of insecurity.

Despite the success of Zakouma-which represents 2% of the conservation areas in Central Africa-the message is clear and serious: declines in large wild herbivore populations, massive livestock intrusion into protected areas, and collapsing tourism revenues are the results of an inordinate conservation effort in the Central African savannahs, where protected areas are too large and expensive to manage. 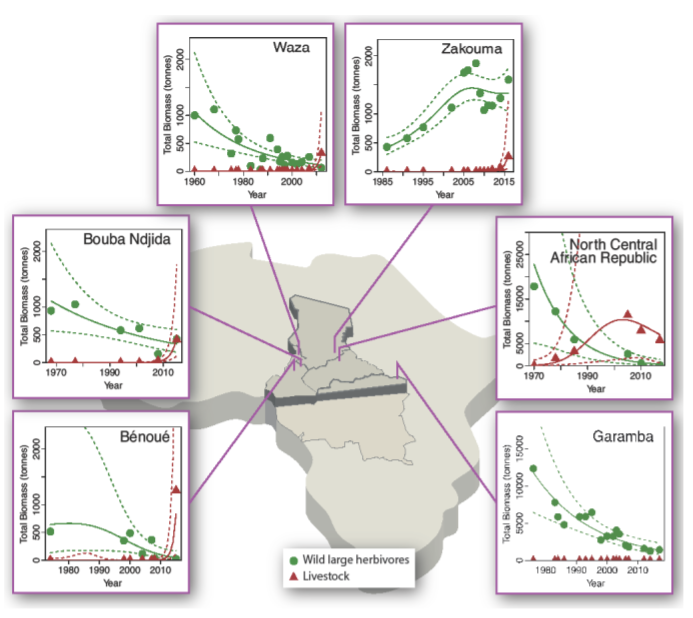 Figure: Total biomass of large wild herbivores (in green) and livestock (in red) in national parks in the Central African savannas, 1960-2017. 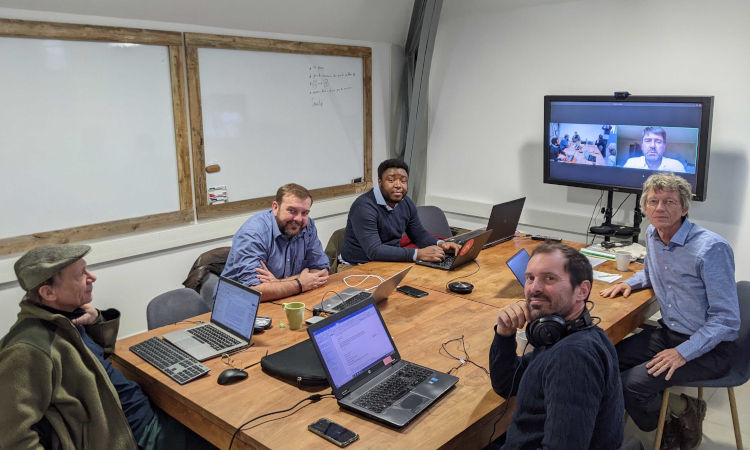 AFROBIODRIVERS members during their CESABAFTER meeting at CESAB in December 2021

AFROBIODRIVERS was selected from the 2011 call for proposals. The project selection process was carried out by a committee of independent experts.