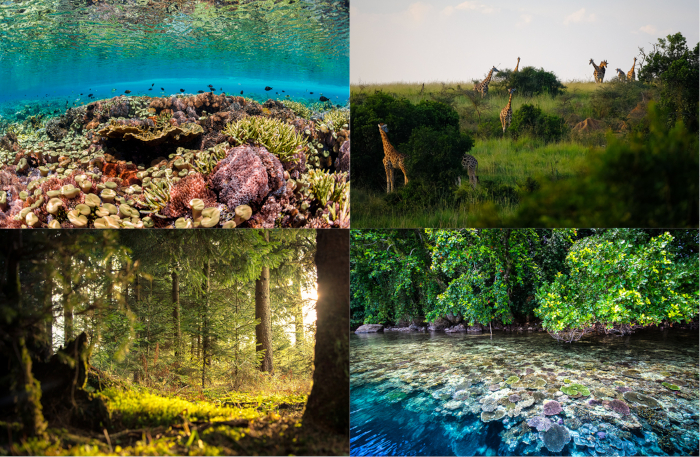 Setting appropriate conservation strategies is a challenging goal, especially because of the complexity of threats and responses from species, and budget limitations. To overcome this challenge, the team of scientists, including researchers from CNRS, IFREMER, IRD and international organizations, has simulated the response of species communities to a wide range of disturbances, providing a robust estimation of their vulnerability, in a world where future threats are diverse and difficult to predict.

Quantifying the vulnerability of biodiversity is crucial to safeguard the most threatened ecosystems. Published in Nature Communications on the 1st of September 2022, this new tool stands out from previous work as it estimates the degree to which functional diversity, that is biodiversity and associated ecosystem functions, is likely to change when exposed to multiple pressures. It was developed as part of two projects funded by the French Foundation for Research on Biodiversity (FRB) within its Centre for Biodiversity Synthesis and Analysis (CESAB) and with the support of Electricité de France (EDF) and France Filière Pêche (FFP).

The team of 20 scientists used repeated computer simulations of disturbances on species communities to calculate the ecosystem’s vulnerability. From climate change and land use changes to pollution or resource overexploitation, these disturbances simulate the impacts of a large range of potential threats on species communities. “By simulating all possible scenarios, even the worst ones, explains Arnaud Auber, researcher at IFREMER and first author of the publication, we are able to identify the most vulnerable ecosystems from a functional view-point. Moreover, we can now estimate their vulnerability by taking into account unknown, unpredictable or poorly documented pressures, which is a major advance over previous work.” This safer approach offers decision-makers the possibility to classify various sites according to their associated functional vulnerability, which is now urgently needed to move forward adaptive management of biodiversity.

In this study, the functional diversity of communities was made central to the calculation of vulnerability. Overall, biodiversity conservation has mainly focused on taxonomic diversity (e.g., the number of species in an ecosystem). However, recent studies including work from the FREE project, have shown that examining functional diversity can provide a more precise assessment of whether or not an ecosystem is functioning properly. Indeed, a species may have the same function as another (e.g. the same preys or reproductive cycle) and so if one species disappears, another may still fulfil its role in the ecosystem. But if all species sharing the same essential function disappear, the ecosystem will become less functionally diverse, less resilient to threats and thus more vulnerable. In other words, taxonomic diversity in an ecosystem is important but not sufficient to properly assess ecosystem vulnerability. Parrotfishes for example, are one of the only fish species that can directly feed on corals. If they disappear, an essential component of the carbon cycle in coral reefs will be lost. Functional and taxonomic diversity are therefore complementary and should be used together to better guide decision-makers in identifying priority areas for biodiversity protection.

This new approach can be applied to all ecosystems, whether marine, terrestrial or freshwater. “As an example, explains Arnaud Auber, we applied our functional vulnerability framework to the past temporal dynamics of the North Sea fish community. Using fish abundance data and species traits linked to ecosystem functioning such as fecundity, offspring size and feeding mode, our tool revealed a high functional vulnerability of fish communities in the North Sea. However, we found a significant decrease in functional vulnerability throughout the last four decades, dropping from 92 to 86%. During the same period, the North Sea fishing pressure had decreased, following the Common Fisheries Policy, with a progressive decrease in catch quotas and improvement in gears’ selectivity.”

Finally, this tool is open access and can be used to predict ecosystem vulnerability using for example future climate change scenarios or to compare different ecosystems. This highlights the need for synthesis as we continue to improve our understanding of the complexity of nature. Only when put together will data and knowledge help quantify the impact of multiple threats on the world’s ecosystems and assist decision-makers in rationalizing ecosystem management and conservation actions in an uncertain future.