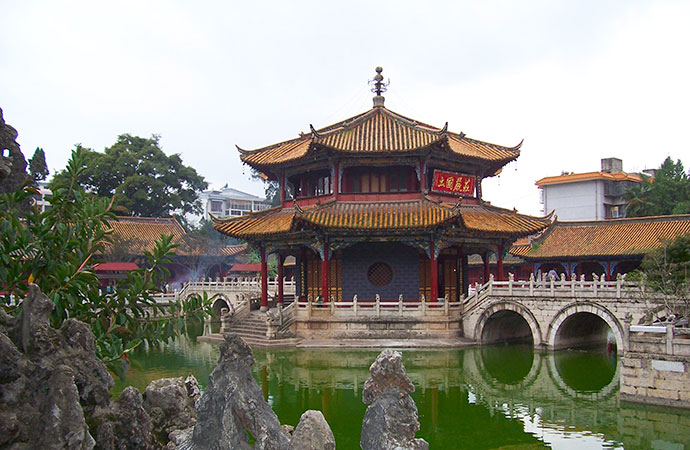 The 15th Conference of the Parties (COP) to the United Nations Convention on Biological Diversity (CBD) will be held in China at the end of 2020. Countries member of the convention will be invited to announce specific commitments to biodiversity conservation.

It would be dramatic if the different states gathered on this occasion could only agree on a lower common denominator in terms of commitments and actions and if the decisions of the COP were not up to the challenge of the collapse of biodiversity.

States must commit to clear, precise, multiple and quantifiable actions, giving priority to the rapid and effective reduction of major pressure factors, while developing large-scale protection actions in order to rapidly safeguard what remains of biodiversity and restore its broad capacity for evolution.

Private stakeholders must also support this approach by working on reducing their sector-specific pressures on biodiversity.

Finally, citizens must be the driving force behind a major change in the way we consume, perceive and use biodiversity.

The two platforms of global scientific expertise, which are considering the future of biodiversity (IPBES) and of climate (IPCC), generally agree on the urgent need to quickly revise unsustainable production processes that aggravate both biodiversity erosion and climate change.

IPBES points out in its global assessment of the state of biodiversity presented in May 2019, that biodiversity is diminishing at an increasing rate, leading to the degradation of soil and ecosystem functioning. As a result, the services that humans receive from biodiversity are also declining rapidly, threatening the future of our societies. The direct drivers behind this degradation of biodiversity are well known and their respective importance has been assessed: land-use change at the expense of poorly humanized ecosystems and biotopes; exploitation, and often overexploitation, of marine and land resources; increasing chemical and physical pollution; climate change; and the multiplication of invasive alien species. All these drivers are aggravating each other and are also reinforced by indirect drivers: human population growth and the full range of socio-economic and political processes that lead to unsustainable consumption of the planet’s resources.

IPBES stresses the multiple negative impacts of intensive agricultural production systems on biodiversity, two excesses of which are now well documented. On the one hand, the excessive use of pesticides and chemical fertilizers; and on the other hand, the increase in the production of plant-based proteins for animal feed which induces long-distance trade and relocates the negative impacts in regions with high biodiversity, such as tropical forests. Projections by 2050 show that without major lifestyle changes, the erosion of biodiversity and the loss of services that humans receive from the living world will continue.

Since the publication of the IPBES Global Assessment, the IPCC has produced a report on the links between climate change and land use, including through agricultural and forestry activities. The key messages of this report are consistent with those found in the IPBES assessment on land degradation and restoration published in 2018. The IPCC report highlights the importance of the contribution of the entire world food system to the production of greenhouse gases and recalls that changes in land cover, use and condition influence regional and global climates. It also recalls that climate change is a source of increased risks to the world food system and biodiversity, risks that will become even greater as food consumption, water needs and the consumption of multiple resources continue to increase. The IPCC calls for actions to adapt to and reduce climate change by highlighting the co-benefits that biodiversity can expect from them. The IPCC therefore calls for a sustainable management of soils and ecosystems as the only way to halt their degradation, maintain their productivity and contribute to the adaptation and the reduction of climate change. The IPCC emphasizes the need to reduce food waste and other waste while also accompanying the change in diets. Finally, the IPCC stresses the need to act quickly and to focus on the short term. It also highlights in its projections the need to increase forest areas.

In addition, the Conference of the Parties to the Convention to Combat Desertification (UNCCD), the third of the Rio Conventions, was held in India in September 2019, calling for a halt to land degradation and for its restoration to preserve ecosystem functioning and services, and to enhance food security. In the New Delhi Declaration calling for investment in land conservation and for unlocking all opportunities for action, COP Desertification underlines the importance of taking into account land management solutions against global warming and for biodiversity conservation.

Finally, the New York Declaration on Forests initiative, initiated in 2014 by major research institutions, think-tanks and NGOs, noting the continuing deforestation, particularly of tropical rainforests, solemnly called for the protection and restoration of the world’s forests to preserve their biodiversity and carbon sequestration capacity, thus joining the COPs in their call for governments to engage in systemic change.

In all cases, the findings of these bodies relay the warnings made by scientists over a long period of time, and their recommendations have been acknowledged or endorsed by a majority of countries around the world. Therefore governments cannot say that the warning has not been given and that the urgency of the necessary actions in favor of biodiversity has not been highlighted. Some countries quickly made commitments, such as France which announced a significant increase in the area of national protected areas, a major initiative, but which only partially meets the needs for essential actions, particularly in the short term.

However, significant differences of opinion persist when it comes to strategies and options to restore biodiversity or to mitigate climate change.

This is the case, for example, of the inclusion of the large development of energy crop areas in the IPCC scenarios, which, on a large scale, would have a major negative impact on biodiversity – and to which IPBES drew the attention of decision-makers. The same applies to the development of BECCS (Bioenergy with Carbon Capture and Storage) energy technologies or the development of intensive afforestation strategies. It is on these topics that exchanges between climate and biodiversity experts on one hand and between the various international strategic and political coordination mechanisms (UN conventions and agencies) on the other hand should be the most significant. It is crucial to recall that the fight against climate change is not an end in itself, but an urgent and indispensable means to enable the living, human and non-human, to continue their pathways of life and evolution. The fight against climate change cannot therefore be implemented by worsening the biodiversity situation. More than ever, FRB’s slogan, “biodiversity and climate, same fight”, remains clearly relevant.

Beyond COP 15 Biodiversity, COP Desertification or the forthcoming COP Climate, the Conferences of the Parties of the three Rio Conventions must move forward together. It raises the question of the necessary global coordination of actions that are likely to put the planet on a pathway ensuring both the future of human populations and of all living beings on mainland, islands and in the seas, without simple, caricatural solutions and while respecting freedoms and cultural differences.

Facing global challenges, it is no longer possible to continue to think in silos: climate on one hand, biodiversity or desertification on the other, and to allow solutions to emerge that will be poor compromises, not allowing all the major global challenges to be addressed simultaneously and with the same level of priority.

Several alternatives are possible to make solutions recommended by international bodies relevant to all the major challenges we are facing:

In any case, it is becoming urgent to promote strong scientific consensus that can form the basis of ambitious international decisions going beyond sectoral visions and political divisions affecting our future and the future of all life forms. 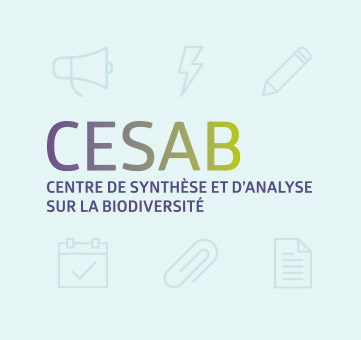