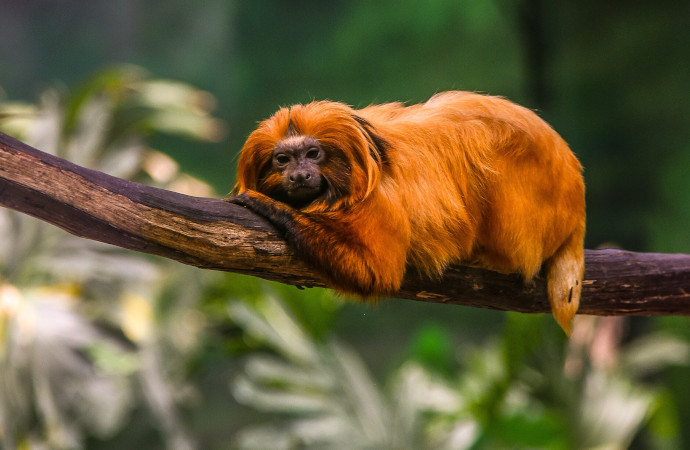 It has long been thought that rare species contribute little to the functioning of ecosystems. Yet recent studies have discredited that idea: rarity is a matter not only of the abundance or geographical range of a species, but also of the distinctiveness of its ecological functions. Because these functionally distinct species are irreplaceable, it is essential we understand their ecological characteristics, map their  distributions, and evaluate how vulnerable they are to current and future threats.

Using two databases that collect information on the world’s terrestrial mammals (4,654 species) and birds (9,287 species), scientists from the FRB’s Centre de Synthèse et d’Analyse de la Biodiversité (CESAB), CNRS research laboratories, Université Grenoble Alpes, the University of Montpellier, and partner institutes divided the earth’s surface into 50 × 50 km squares and determined the number of ecologically rare species within each. They showed that ecological rarity among mammals is concentrated in the tropics and the southern hemisphere, with peaks on Indonesian islands, in Madagascar, and in Costa Rica. Species concerned are mostly nocturnal frugivores, like bats and lemurs, and insectivores, such as small rodents. Ecologically rare bird species are mainly found in tropical and subtropical mountainous regions, especially in New Guinea, Indonesia, the Andes, and Central America. The birds in question are essentially frugivorous or nectarivorous, hummingbirds being an example. For birds and terrestrial mammals alike, islands are hotspots of ecological rarity.

The researchers also ranked these species according to their IUCN Red List status1 and found they made up the bulk of the threatened species categories. That is, ecologically rare mammals account for 71% of Red List threatened species (versus 2% for ecologically common mammals); and ecologically rare birds, 44.2% (versus 0.5% for ecologically common birds). For each species, they determined (i) anthropogenic pressure exerted; (ii) human development indexes (HDIs) of host countries; and (iii) exposure to armed conflicts. The last two of these elements shape conservation policies. The scientists observed that  human activity had a greater impact on ecologically rare mammals and birds than on more common species, and that these rare species were found in countries of every kind of profile, irrespective of HDI or the prevalence of warfare2 They used models to demonstrate that ecologically rare species will be the greatest victims of climate change, many of them facing extinction within 40 years.

This profiling of ecologically rare species makes it clear that current conservation efforts, even in zones already protected, are insufficient. Conservation strategies still too often ignore functional distinctiveness and focus instead on population sizes. But it is essential to take this distinctiveness into account, letting this knowledge guide steps taken to protect these rare species. As they are necessary for healthy ecosystems, a true paradigm shift in conservation policy is needed to ensure their survival.

For more information... some examples of ecologically rare species

[1] The International Union for Conservation of Nature (IUCN) is a leading international NGO focused on nature conservation. It evaluates the risk of extinction faced by different species, assigning each to a particular category (e.g., ‘Least Concern’, ‘Near Threatened’, ‘Vulnerable’, ‘Endangered’, or ‘Extinct’).